EASY FPR is core software to identify or verify finger print. You can use it independently or developer can integrate this with existing software. Most of the device can be integrate with the software. A database has used to store the finger prints and communicate with other software. Some image of the development and other components are as bellows 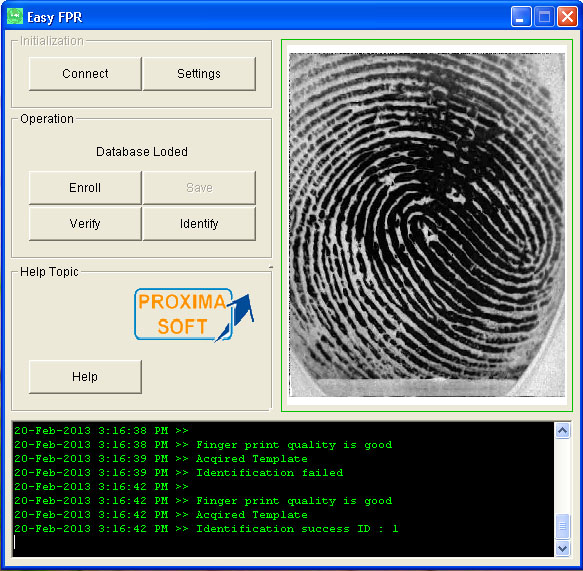